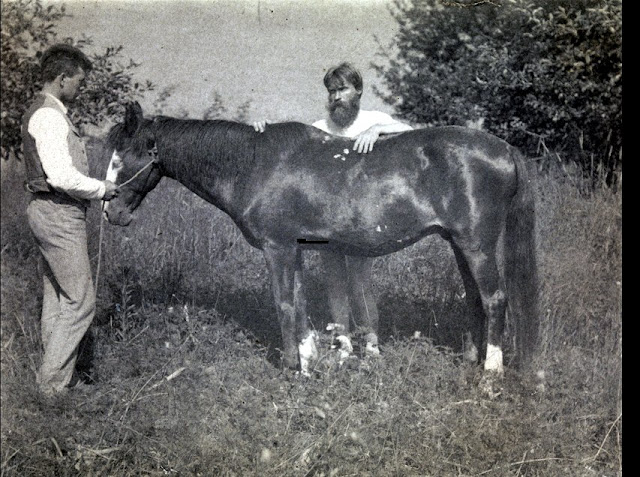 Part two of our Eakins' double features shows some photos of men who modeled for Eakins.  We start with this picture of Sam Murray (left) and Franklin Louis Schenck with Eakins' horse Billy. Both of these men modeled for Eakins, and it was learned decades after Eakins' death that he and Murray were lovers.  Both were also artists, but Murray was the more successful of the two.  Editor's note:  This photo appeared earlier on this blog in a montage, but I thought it was time for a go on its own.
Posted by Vintage Muscle Men at 10:30 AM