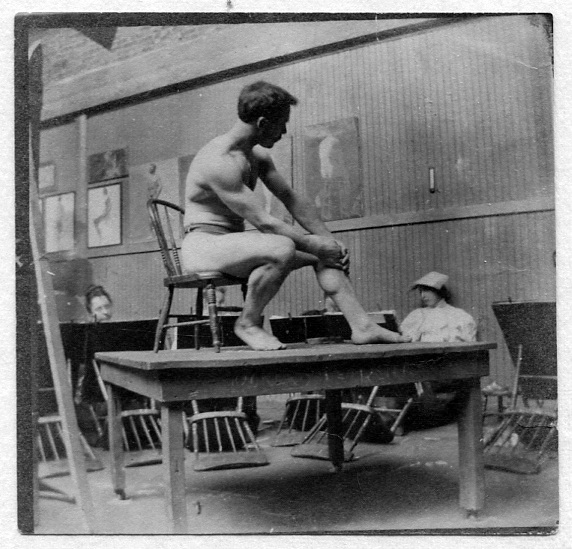 Yes, those are women students with a nearly nude male model in this Eakins photo.  Thomas Eakins set the Philadelphia social set on its head when he insisted on allowing female students to work with nude male models.  Unfortunately, we don't have photos of those sessions, but we know they happened because Eakins was fired for it and started his own independent art school as a result.  The model in this photo is said by some to have been Eakins' lover Sam Murray.
Posted by Vintage Muscle Men at 10:30 AM