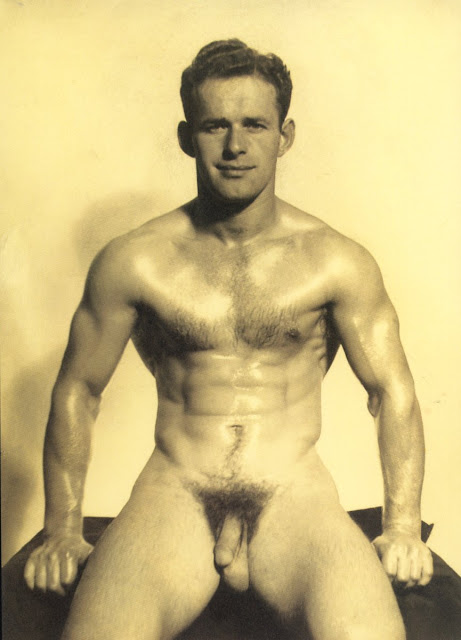 Although not included in a lot of Earle Forbes retrospectives on line, this 1941 photo of Steve Gob is a personal favorite of mine.  Champion bodybuilder and gym owner Dan Lurie posed nude for Forbes in the 1930's and is quoted as saying,  "Yes, we all knew Earle was gay, but it didn't matter.  He took great pictures and got us into magazines.  Only later did we realize that he was selling
the nudes to other gay men, and honestly, I don't think most of us cared."