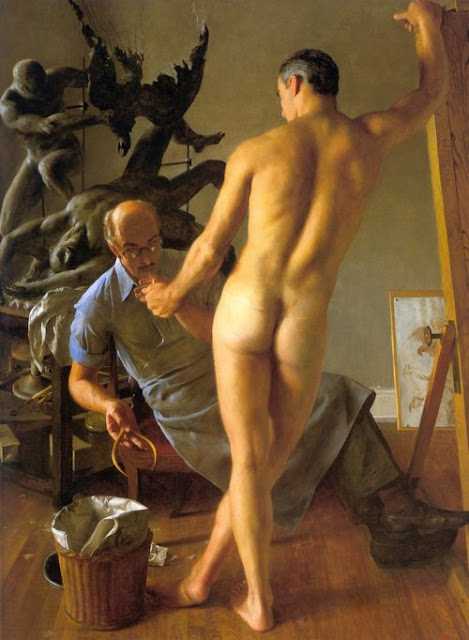 John Koch (1909-1978) was an American artist who although best known as a New York "society painter" of the well-to-do, was also influential in mid-20th Century Realist circles.  So our Friday night art lesson features the male nudes of John Koch, starting with "The Sculptor" from 1964.
Posted by Vintage Muscle Men at 12:30 PM