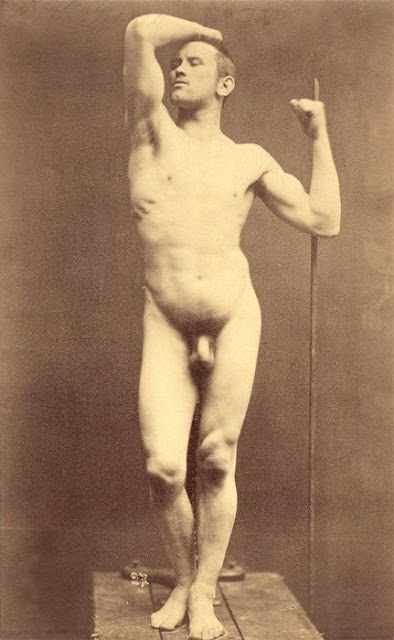 Today I am featuring some photos that were used by artists to either replace or supplement live models.  We start with Gaudenzio Marconi's picture of Auguste Neyt, the model for Rodin's The Age of Bronze.  Rodin encountered the 22 year old Neyt in the Brussels railway station where he worked in the telegraph office and convinced him to model nude for him.  (They became lifelong friends.) After the statue was exhibited, Marconi was hired to photograph Neyt and the statue to dispel accusations that Rodin had made a plaster cast of Neyt's body instead of sculpting it.