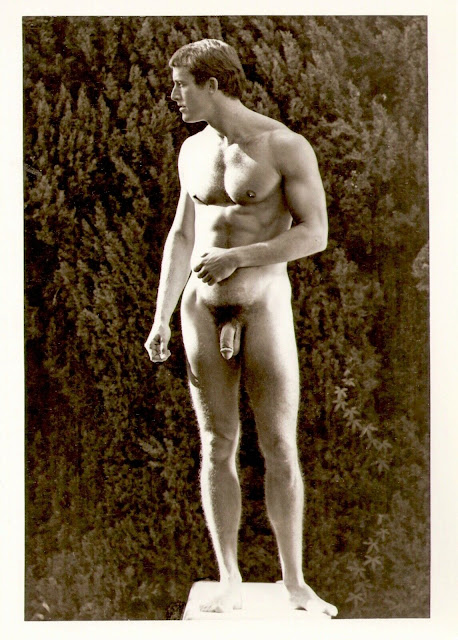 As a pop culture historian once put it, the 1970's began with the holdovers of the hippies, passed through the disco wasteland, and ended with the dawn of punk rock.  Anyway, it's 70's day on the blog, and we start with this 1975 Jim French photo that is the first of today's two Colt images.
Edited to add:  Thanks to viewer Dan for letting me know that this is
Lloyd Beardsley, a model who also did an early photo series for Playgirl.
Posted by Vintage Muscle Men at 2:30 AM

Email ThisBlogThis!Share to TwitterShare to FacebookShare to Pinterest
Labels: Colt