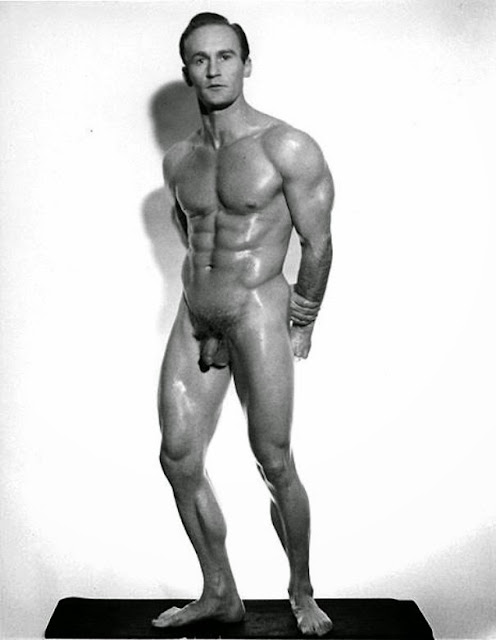 Earle Forbes was an excellent physique photographer most active in the 1930's and 40's who was born in Canada, but lived and worked in New York most of his life.  He is best remembered by chroniclers of his art form for his use of cheap box cameras, a remarkable series of outdoor nudes done at Fire Island in 1939, and an obsession with getting publishers to spell his first name with the 'e' on the end.  To get the spelling right, he generally stamped the back of his photos with his name spelled out, and that has resulted in a highly accurate rate of attribution.  So today is Earle Forbes day, starting with this handsome unknown model who leaves me wishing for more of his images.
Edited to add:  Identified by VintagePhysiquePhotographh in the comments as Charles Whitlock.
Most of his work was with Al Urban, but this one is different from those photos.
Posted by Vintage Muscle Men at 2:30 AM