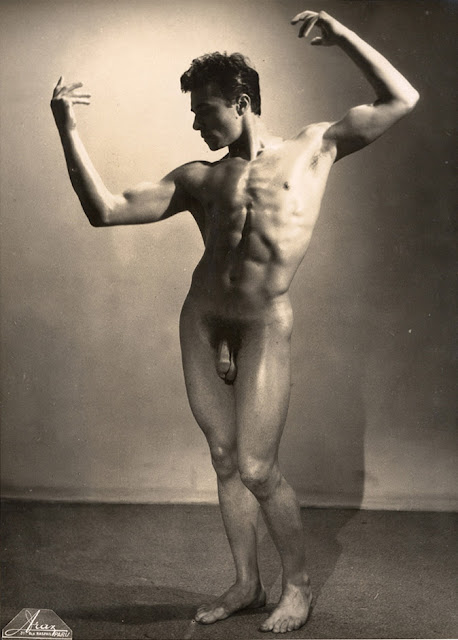 Google Analytics has told me that my second biggest national following after the U.S.A. is France with the U.K. a few hundred guys behind in third place.  So today I'm eschewing my usual fondness for 19th Century French photography and art for the 20th.  Our nude series will feature works by Jean Ferrero and Arax, who photographed this unknown model in the 1950's.
Edited to add:  Both VintagePhysiquePhotographh and the_cham_cham wrote comments to
tell me that this stunning model is Jean Merlier.  Thanks, guys!
Posted by Vintage Muscle Men at 2:30 AM