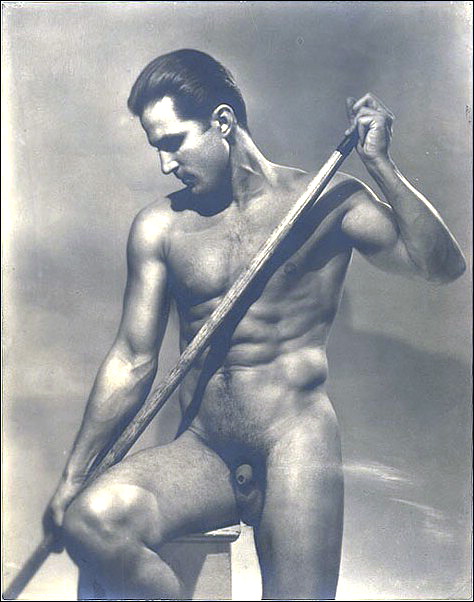 Some of the great physique photographers used the old academic art motif of the model holding a staff, so both our Friday series will feature five different takes on this type.  We start with this Lon of New York photo of Tony Sansone.  It was probably made early in Lon's career and late in Tony's.  There were stories that Lon had a crush on Tony (who wouldn't?) and tried to convince him to take up a gay lifestyle in pre-World War II New York.  Tony didn't go for it, despite the fact that he prolifically worked for two other gay photographers, Edwin Townsend and Earle Forbes.