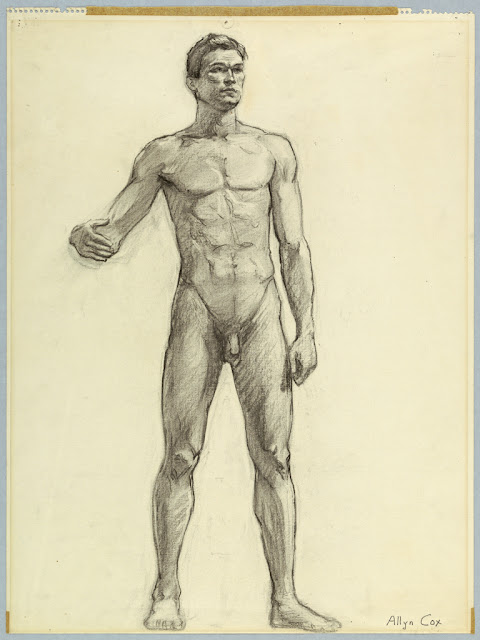 Allyn Cox (1896-1982) was a second generation American muralist, being the son of Kenyon Cox, and artist who will get his own series here later.  Best known for his work in the rotunda of the U.S. Capitol, it is some of his other pieces which will draw our interest today.  Like some other artists, Cox was in the habit of doing nude studies for works and then painting them with clothes.  Only a very few of his finished works actually contain nudity, but it is excellently carried out when they do.
This first drawing is literally a page torn out of one of his sketch books.