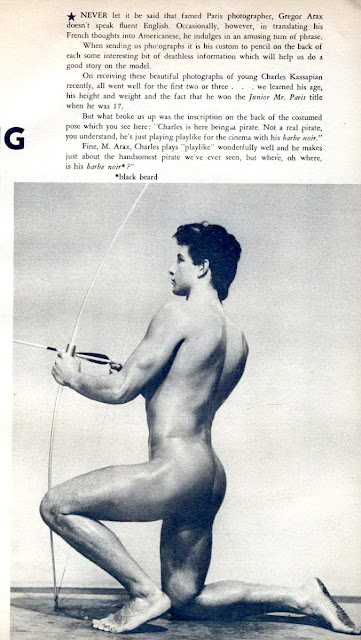 Charles Kassapian appears more often in my Arax collection than any other model.  He was featured in this piece in an American magazine that I was surprised to find was not written by Arax himself.  It seems that Arax could speak and write good English, and he became a regular correspondent for at least one magazine (the British Strength and Health) and an occasional writer for several others.