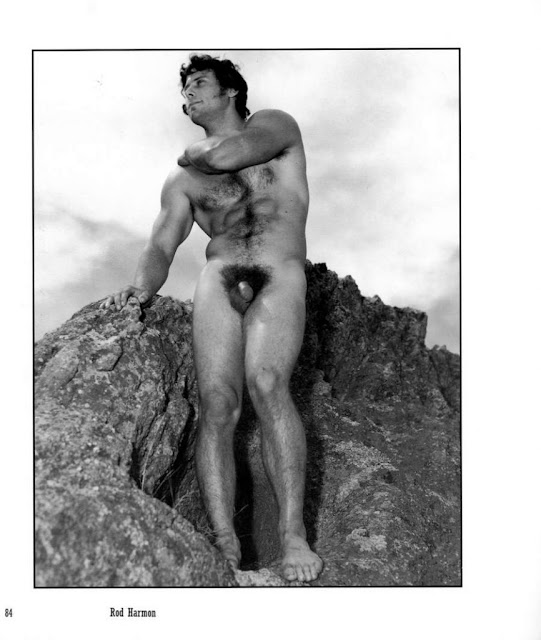 Late in the life of Don Whitman (1916-1998) he published a book with the editorial assistance of David Chapman.  The 1990 work, Mountain Men:  The Male Photography of Don Whitman contains dozens of the best photos of Whitman, founder of the studio Western Photography Guild.  Today I am featuring 10 of my favorite pictures from the book.  It is worth mentioning that Don Whitman was not only a great photographer, but a gentleman and decent man.  He never asked sexual favors of his models, and his reputation was such that men came to him asking to be photographed.  When Mr. Whitman died, more than a dozen of his models attended his funeral, many with their wives and children.  To say the he was respected and worthy of that respect is a vast understatement.  Enjoy his beautiful work.
We begin the series with Rod Harmon in a typical Western outdoor setting.
Posted by Vintage Muscle Men at 2:30 AM