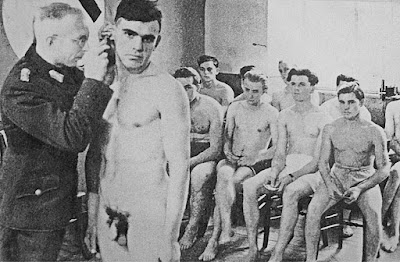 Finishing today's series with a photo that has been modified somewhere by someone to remove most of the swastika from the Nazi flag on the wall behind the officer.  No one has ever called the authenticity of the picture into question, but someone decided to remove only part of that emblem.
Posted by Vintage Muscle Men at 2:30 AM