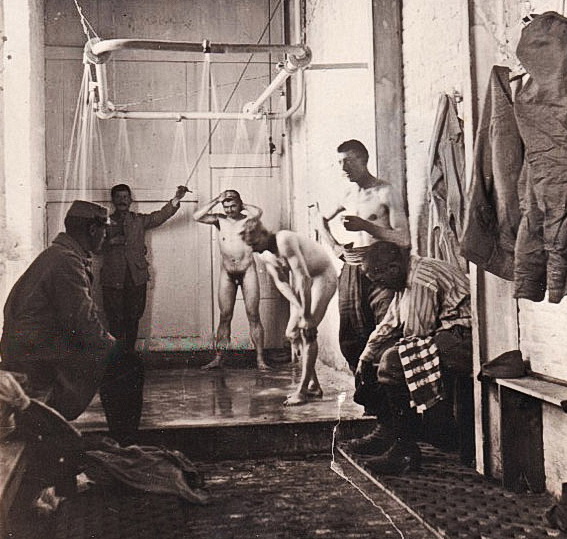 This World War I photo was not dated, but the soldier standing at right has on Zouave type trousers, indicating that he was French and it was early in the war.  (Those cumbersome pants were phased out relatively early on by the French Army and were gone by 1915.)  The clothed soldier at rear seems to have the job of pulling the water release and observing.  Nice work if you can get it.
Many thanks again to Larry K. for contributing todays images.
Posted by Vintage Muscle Men at 2:30 AM