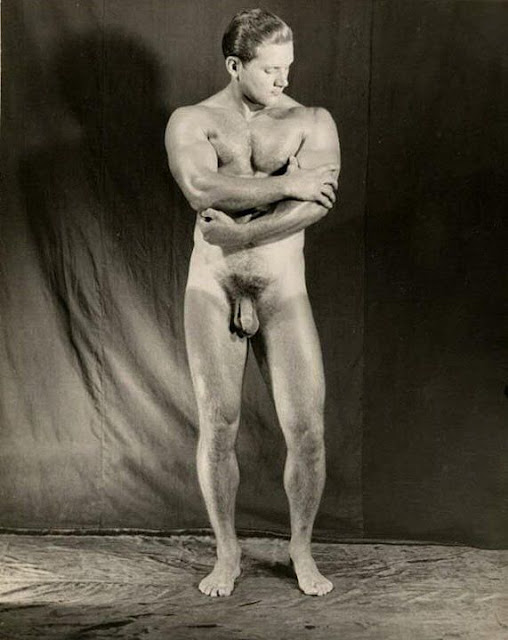 Bob Mizer of AMG somewhat famously said,  "Al Urban has made a good living for years photographing men with the smallest dicks in America."  While there was something
to that statement, it wasn't entirely true.  First, there were quite a few of his models
whose endowments were at least average.  And second, Urban did a good business
shooting photos for fitness and bodybuilding magazines.  So today we will look at
some men from both of those groups, starting with John Gallagher, one of Urban's
favorite models based on the number of pictures made of him.
Posted by Vintage Muscle Men at 2:30 AM