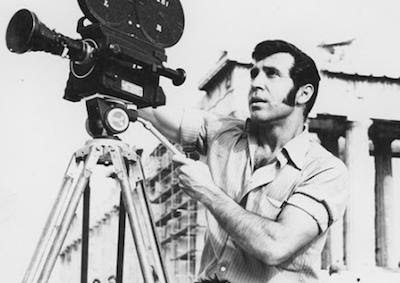 This is the first of what will be an ongoing series on Pat Rocco (1934-2018).  He came out when he was 13, had his own LA radio show at 16, and was a featured singer on Tennessee Ernie Ford's TV show at 22.  It was in the mid to late 1960s that Pat Rocco came to the forefront of the nascent LA Gay Liberation scene.  He made a lot of money making gay porn films, and he used that prosperity to give back to the community in a number of ways as you will see.  I have to confess that until recently, I didn't even know who Pat Rocco was or that he lived on the Big Island of Hawaii for a number of the early years I was also here.  Mr. Rocco deserves a prominent place in Gay History.
Posted by Vintage Muscle Men at 2:30 AM