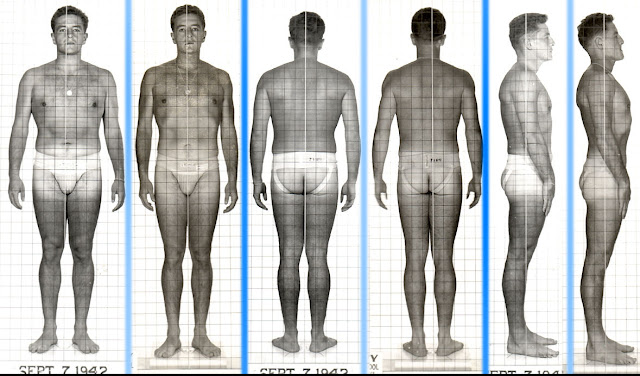 Several of the St. Mary's College naval flight school cadets had "before and after"
sets made.  This composite (not made by me) shows one of them whose weight loss
was less dramatic than many.  I have the separate photos, and these two sets were made
seven weeks apart.  Nobody seems to have gained significant weight while in training,
but quite a few became more muscular and seem taller.  I'll post some of those later.
Posted by Vintage Muscle Men at 2:30 AM