Finns in the Continuation War 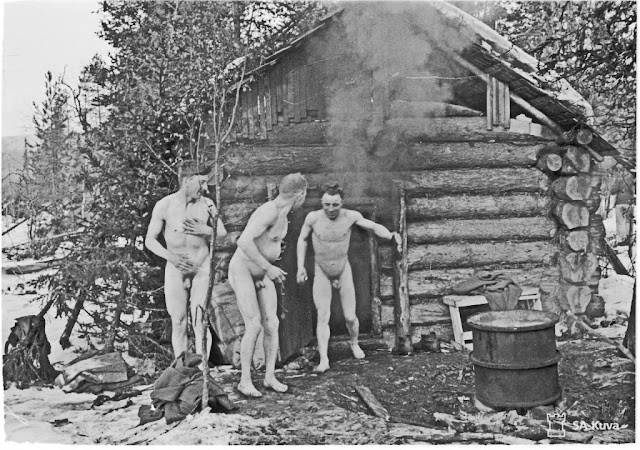 The brave Finns fought two wars with the Soviet Union, the Winter War of 1939-40 and the Continuation War of 1941-44.  Despite being vastly outnumbered, the Finns acquitted themselves well and even managed to enjoy some luxuries such as saunas during the conflicts.  That looks more like smoke than steam in the above photo.  I hope they didn't burn down their sauna.
Posted by Vintage Muscle Men at 2:30 AM