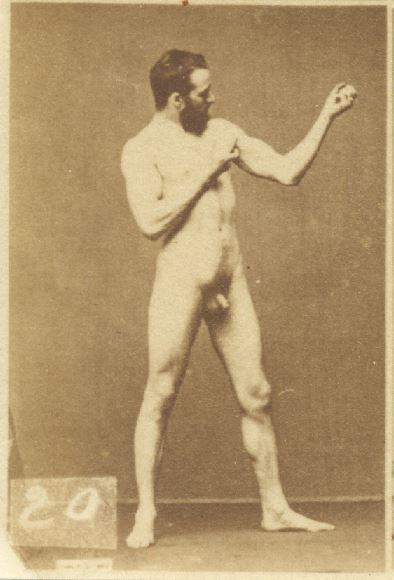 Yes, friends, I'm going on a 19th C. beard and bear binge today with a triple feature of non-shavers.
Part one takes us back to the confused muddle which constitutes the attributions for the work of Louis Igout and Hermann Heid.  Their unlabeled photos appeared together in an "album" of nude photos used by artists who couldn't afford life models.  Since both men independently published some of those photos, attributions aren't always tough, but we have a lot of guesses left over.
In the case of our first photo, Igout gets the nod due to it having been separately issued.
Posted by Vintage Muscle Men at 2:30 AM