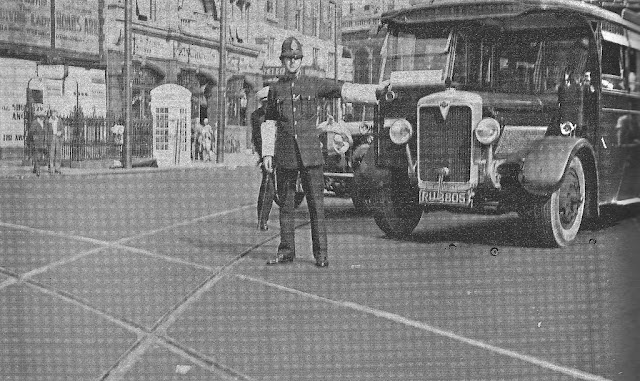 This picture of Harry directing traffic in London is supposed to be from a newspaper.  Note the bright colored cuffs used to aid visibility.  Harry's superior officers were amazingly tolerant of his lifestyle, partly because of his fearless attitude and partly because he was very good at his job.  The other cops would even joke about how the flannel trousers he wore when off duty showed off his bulge.
Posted by Vintage Muscle Men at 2:30 AM