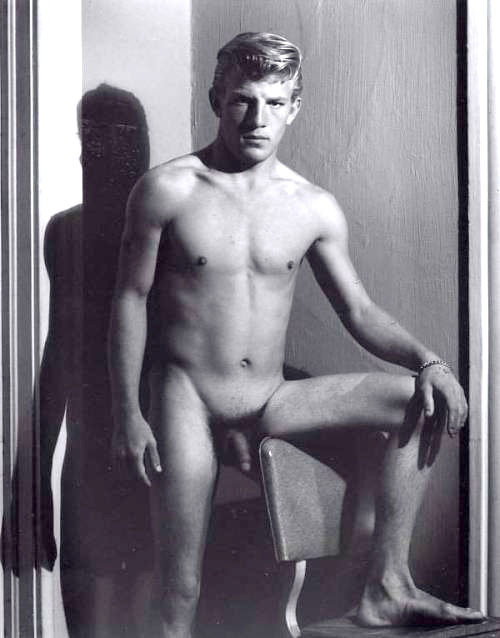 As I've noted before, I downloaded hundreds of uncaptioned, unattributed images during the last days of nudity on the old tumblr site.  From time to time, I put them out there in hope that someone will fill me in, and I'm often pleased by the helpful responses.  So here we go again, and there are even some decent clues in some of today's group, such as this serious young man with his foot on a late 50s-early 60s dinette chair.  Don Whitman of WPG used those extensively, but they only made about 20 million of them, so it's not like some other photographers couldn't have used them, too.
Posted by Vintage Muscle Men at 2:30 AM