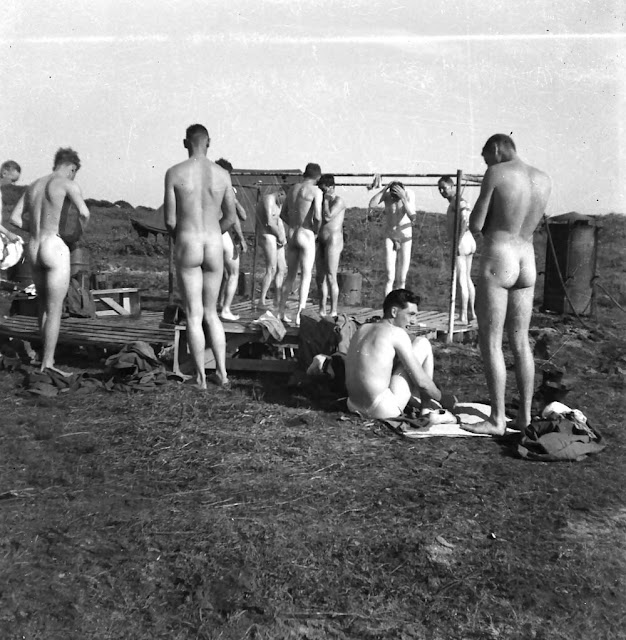 My uncle who served in combat from late 1942 until V-E Day said that two things kept his spirits up, USO shows (he saw Marlene Dietrich in person) and portable shower units.  It should be noted that Miss Dietrich did that at terrible risk to herself because she was born in Germany and would have been treated as a traitor had she been captured, which almost happened at least twice.  Asked about her USO work later, she simply said,  "It's the only really important thing I've ever done." 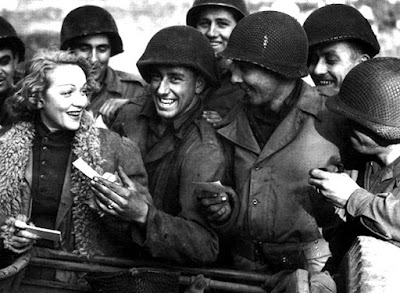 Marlene Dietrich was awarded the Medal of Freedom by the United States, our highest civilian honor.  She was also awarded the Legion of Honor by France and the Knight Order of Leopold by Belgium.  Look at those smiles.  That alone would earn those medals and more in my world.
We should think about people like this when we celebrate the Fourth of July.
Posted by Vintage Muscle Men at 2:30 AM