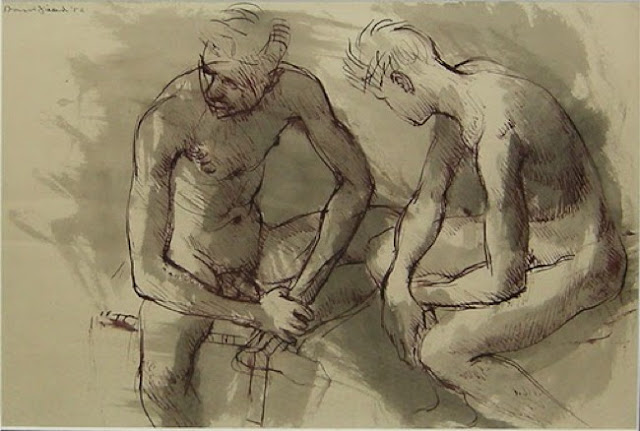 Part two of our Australian double feature consists of art work by Donald Stuart Leslie Friend
(1915-1989) an artist whose reputation suffered from both his homoerotic drawings of young men while living and the posthumous publication of his diaries.  Those diaries described a number of
illegal and immoral (even by my own modern standards) relationships with models and others.
Posted by Vintage Muscle Men at 2:30 AM