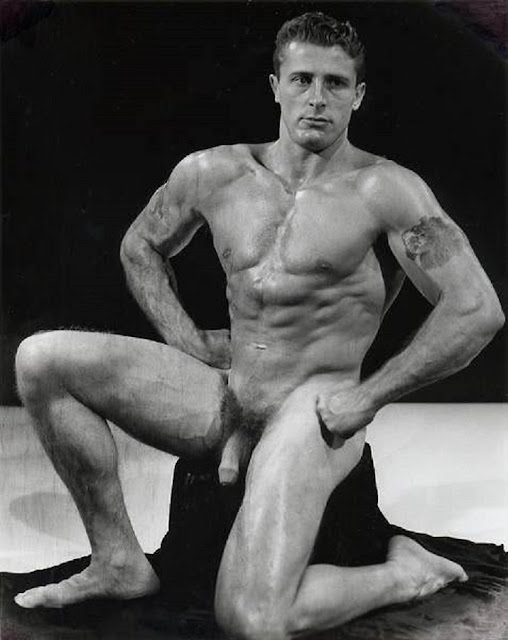 John Winship's outstanding modeling work is generally dated to the late 1940s through the mid-50s.  He is generally believed to have worked for Bob Mizer of AMG, Kovert of Hollywood, Pat Milo, and Denny Denfield.  The fact that all those great photographers worked with him should tell you something.  The man was good, very good.  So today he gets his own overdue series starting with this studio shot by Pat Milo.  As you will see, he looks fantastic indoors or out.
Posted by Vintage Muscle Men at 2:30 AM