Von Gloedens (I think) from the sack of tumblr 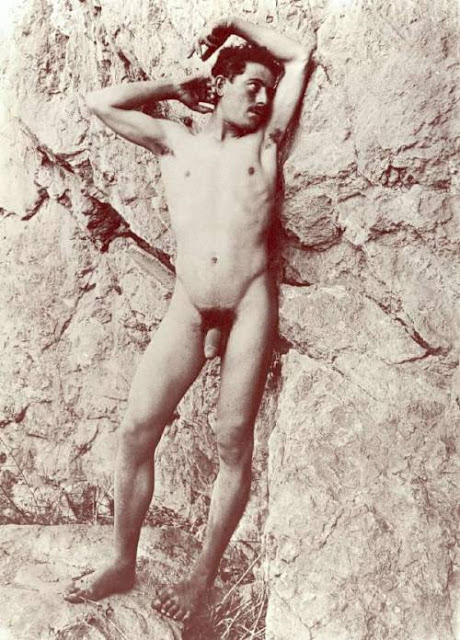 When it became clear that the idiots at tumblr were going to really ban nudity, a number of us snarfed up whatever material we could in a hurry before it all went bye-bye.  Among my looted items were a number of photos that either appeared to be or were purported to be by von Gloeden.  Today I'm posting five of those in which I have high confidence of authenticity, starting with this mustachioed young man standing against a rock face in an almost startling pose.
The more I look at it, the more I like it.
Posted by Vintage Muscle Men at 2:30 AM