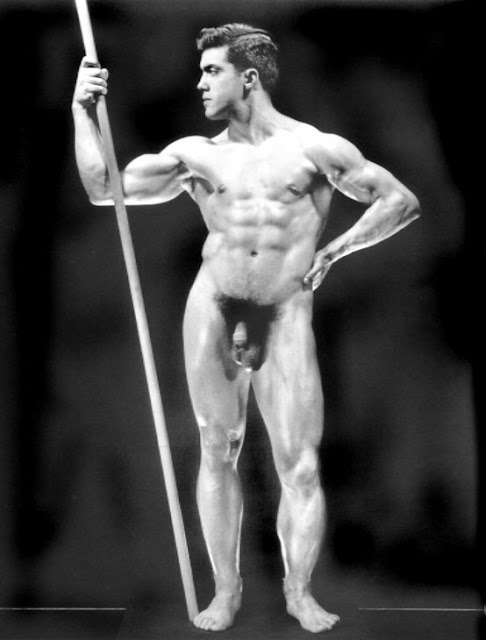 We have to assume that the mid-20th Century physique photographers were influenced by the artists of the 19th Century, especially when it comes to the use of the staff as a prop.  Today we will look at five of each that match reasonably well, starting with this Al Urban photo of an unknown model.
Posted by Vintage Muscle Men at 2:30 AM