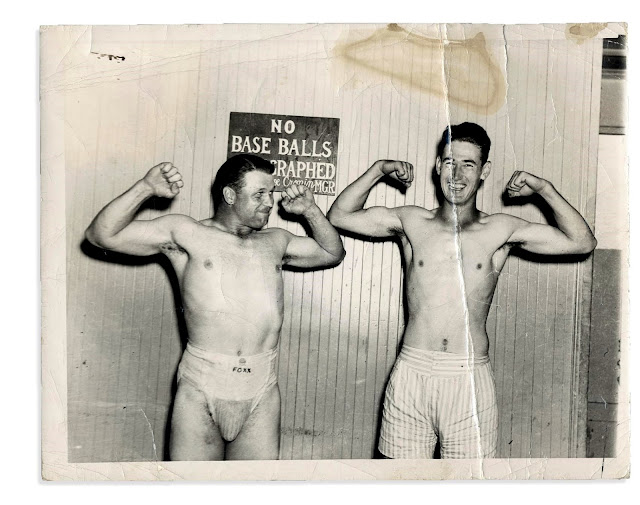 Jimmie Foxx (left) and Ted Williams clown it up in this 1939 photo.  I think they both played for Boston at the time, and Foxx had a remarkable 20 year career in which he was nicknamed "The Beast."  Note that he wrote his name on his jockstrap.  I have a photo where Stan Musial had written his name on his underwear.  Can you imagine a modern pro athlete doing that?
Posted by Vintage Muscle Men at 2:30 AM