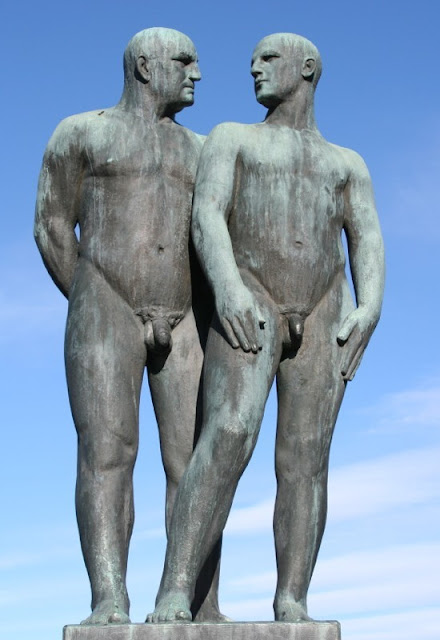 Vigeland was accused by some of being a Nazi sympathizer during the 1940-45 German
occupation of Norway, something he privately denied, saying that he was simply friendly
to some German soldiers who modeled for him.  (He died in 1943 and never got a chance to
discuss his feelings about the Germans in a free and open environment.)  Regardless of
what his politics were, it's not hard to find a homoerotic subtext to much of his
Frogner Park work.  These two may even have some sort of chemistry going.
Posted by Vintage Muscle Men at 2:30 AM