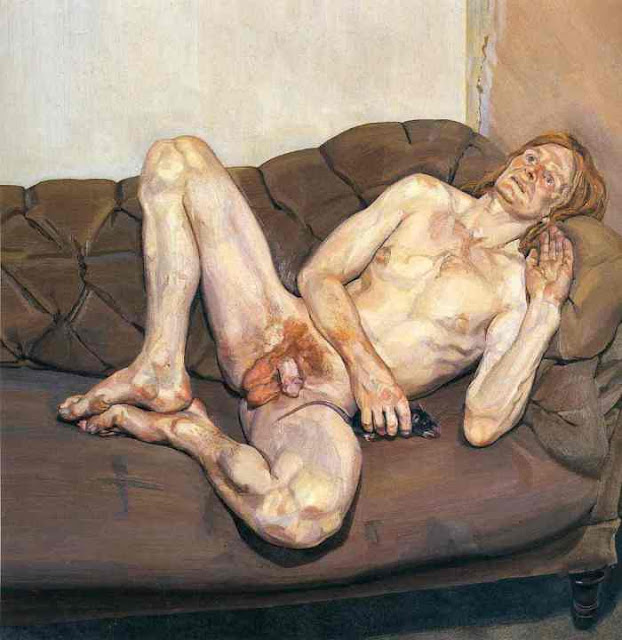 This is "Man with Rat" by Lucien Freud.  I once had a pet rat (from the pet store) named Oscar.  When I bought Oscar a girlfriend named Romulda from Walmart, she killed him and ate half of him.  I returned Romulda to Walmart, and was surprised that they took her back and refunded my money.
Posted by Vintage Muscle Men at 2:30 AM

Email ThisBlogThis!Share to TwitterShare to FacebookShare to Pinterest
Labels: art