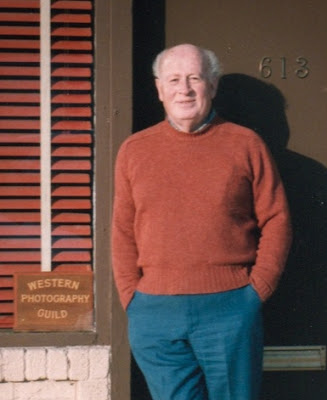 In my years of reading about physique photographers, one thing comes up repeatedly in relation to Don Whitman in addition to his consummate skills as a photographer.  During his many years running Western Photography Guild, he was always known as a kind and generous gentleman.  He never pressured his models to go beyond their comfort level, much less to have sex.  He founded a regional bodybuilding competition in Denver and sponsored several of his models so they could get a good career start.  When Mr. Whitman passed away in 1998 at age 81 more than a dozen of his former models attended his funeral, many bringing their wives and children.  He was that respected.
Posted by Vintage Muscle Men at 2:30 AM