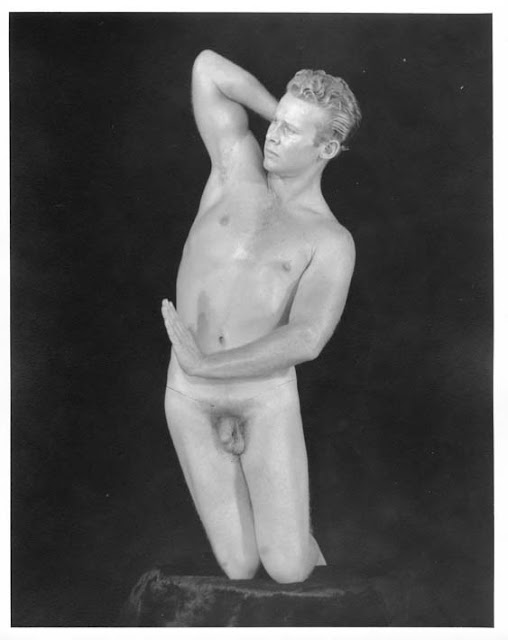 It recently came to my attention that Freddie Kovert, aka Kovert of Hollywood, probably didn't actually snap the shutter on a significant number of the photos published under his name.  He hired contract photographers, but provided artistic direction which resulted in a fairly consistent product line until he committed suicide in 1949 due to harassment by the police and the resulting financial issues.  Today we will see five examples of Mr. Kovert's art in an overdue dedicated series.  His background in the silent movies shows up front and center in this interesting photo of Donn Buxron.
Posted by Vintage Muscle Men at 2:30 AM