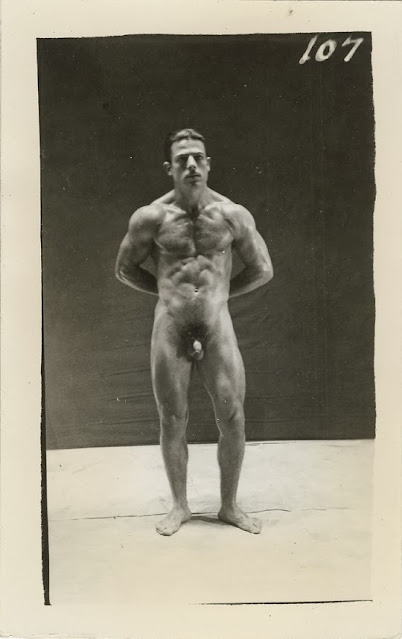 Dick Falcon was a 1930s bodybuilder who went on to a fairly successful career as a photographer.  That's Dick himself above with a classic 30s hairstyle, and it may have been a selfie done with a timer.  Mr. Falcon is better known for his "legitimate" publicity photos of bodybuilders, but his nudes are worth a look and have been featured here before.  In another note that may interest some of you, Dick Falcon is said to have been involved with Walter Kundzicz of Champion in the Sunset Beach Club, a nudist resort in Florida that had Darryl Powers as a resident model.  Look for a "whatever happened to" series on Mr. Powers with a Dick Falcon photo of him here on the blog in a week or so.
Posted by Vintage Muscle Men at 2:30 AM