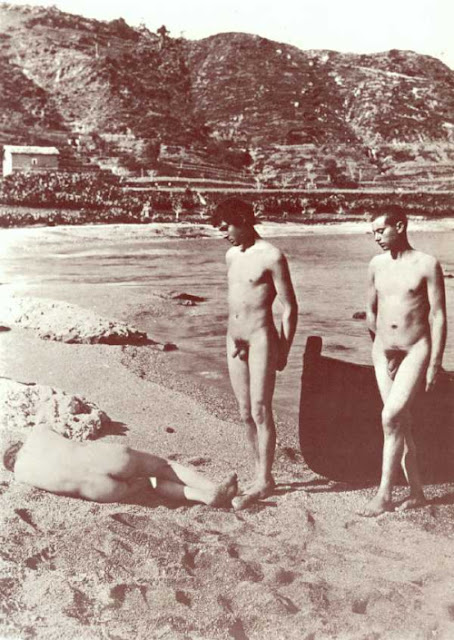 In the late 19th Century, the lives and work of Wilhelm von Pluschow, Wilhelm von Gloeden,
and Vincenzo Galdi intersected in ways too complicated to adequately describe here.
The seaside photo above is one of my personal favorites by von Gloeden.
In a nutshell:  The German cousins moved to Italy separately where they took up
photographing (and bedding) young men.  Galdi was a model who took up photography
himself after having an affair with von Pluschow.  The Germans got separately kicked out
of Italy for having sex with young men.  Then Galdi married a woman.  Confused yet?
Posted by Vintage Muscle Men at 2:30 AM