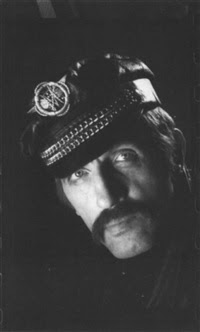 I recently posted a photo by Herbert Tobias (1924-1982) and promised a full series.  Born in Germany, he was a self taught photographer from age 10.  Drafted into the Wehrmacht, he served on the Russian front where he took some portraits of fellow soldiers before deserting.  He somehow made it all the way across Germany to the Western Front where he surrendered to the Americans.  Tobias moved to Paris in 1950 because he and his American lover had been threatened with arrest for being homosexuals.  In the meantime, he had successfully taken up fashion photography.  By 1972 Tobias was doing predominantly gay themed work to considerable acclaim in Europe and the USA.  He died of AIDS in 1982, and all I can say is what a freaking amazing life cut so short!
Posted by Vintage Muscle Men at 2:30 AM