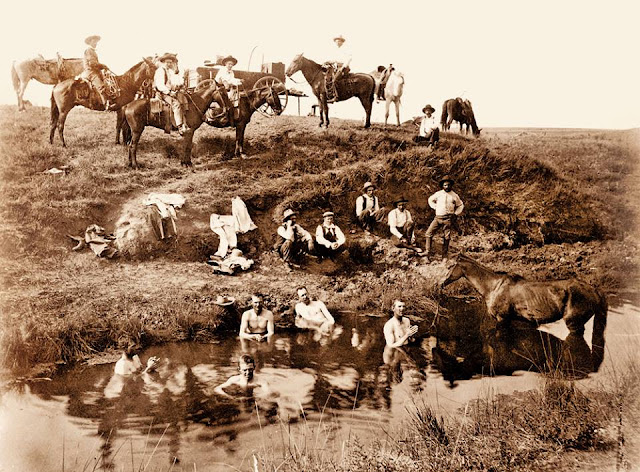 When I told Ken I grew up on a ranch in Texas, he said that as a boy in Wolverhampton he would go to the movies every time he had the money to see cowboy films.  He had a huge and varied group of cowboy photos, all G-rated.  When I asked him why he didn't collect cowboy nudes, he said, "They're all fake cowboys, usually with fake props and costumes."  Well, he was right, and the above is about as close to nudity as you get with Ken's cowboys.  He was thrilled when I sent him some of my historic family photos going back to the 1870s, and he helped me edit them for a book on the family history that I published in 2016.  He got to see the chapters he helped me with before he died.
Posted by Vintage Muscle Men at 2:30 AM