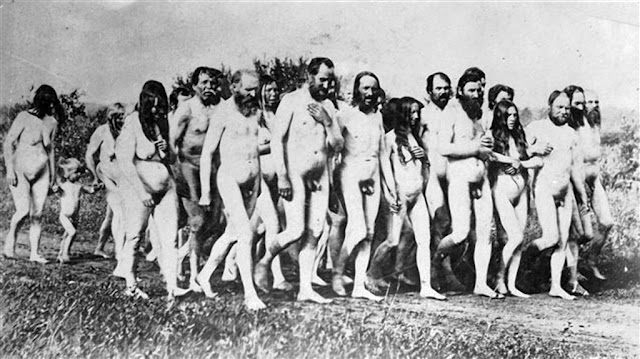 Larry introduced me to the Dukhobors, Russian immigrants to Canada who were a persecuted religious minority in their homeland.  They initially lived communally, and it was their habit of protesting in the nude against compulsory military service and education that got them a lot of attention.  This 1895 demonstration was against the draft, something they gained religious exemption from in 1898.
Posted by Vintage Muscle Men at 2:30 AM