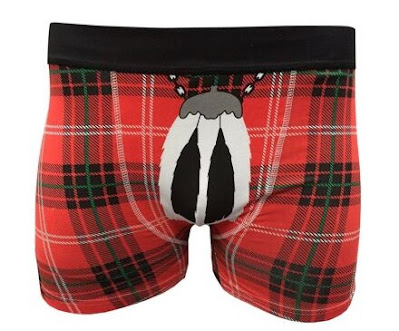 Thomas Nicoll (better known as Tom) was born in Dundee, Scotland in 1932.  Beyond that,
I was able to find out very little about his early life.  By the late 1950s, however, he had moved
to London and taken up physique photography using the trade name Scott of London.  Not
surprisingly, it was quite typical at the time for purveyors of beefcake photos to not use their
legal name.  In Nicoll's case he used one that was a tip of the hat to his Scottish nationality.
Here is a 1965 photo with more biography to follow: 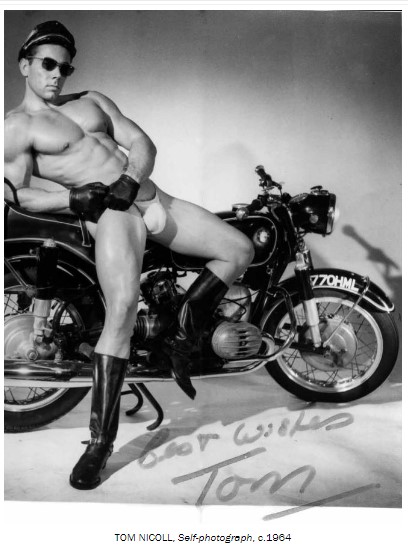 I found this on the Tom of Finland website listed as a self-portrait of Tom Nicoll, but to me it looks more like John Tristram, a bodybuilder-model whom Scott of London was known to have photographed.  Two photos of John appear in today's series.  Compare them and see what you think. Like Tristram, Nicoll emigrated to the USA, specifically San Francisco.  Before that, however, he brought Tom of Finland on a 1964 visit to London.  In Tom of Finland's memoire, he describes how he was amazed by Scott's ability to walk through Hyde Park and talk handsome men into posing nude for him.  The Finnish Tom was even considering moving from Helsinki to London to enjoy the more liberal social atmosphere when the other Tom announced his intention to move to America.  That ended the Finn's plan, but only after Scott commissioned a set of drawings.  After arriving in the USA, Tom Nicoll either adopted an entirely new trade name or gave up physique photography because even after exhaustive searches, I haven't been able to find any work by him after 1965.  The Social Security Death Index says he died in 1991.
Posted by Vintage Muscle Men at 2:30 AM