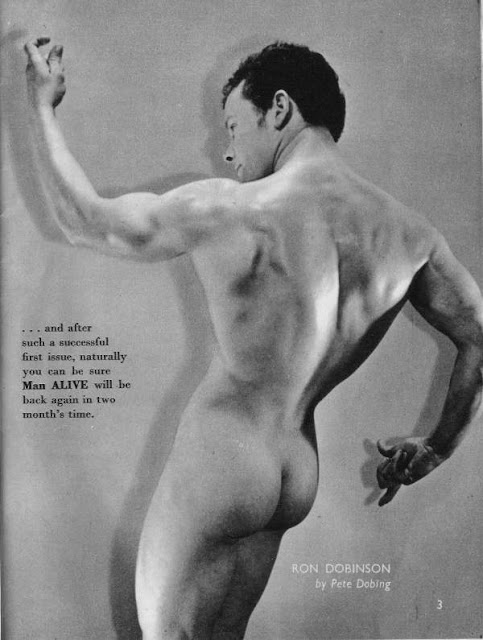 Man Alive was a popular British magazine which featured some great models and photographers, and this is from one of the very earliest editions.  I initially thought the model's name might have actually been Don Robinson as opposed to Ron Dobinson, but my genealogy index says there is an Anglo-Norman family called Dobinson.  Pete Dobing was the photographer.
Posted by Vintage Muscle Men at 2:30 AM

Email ThisBlogThis!Share to TwitterShare to FacebookShare to Pinterest
Labels: derriere