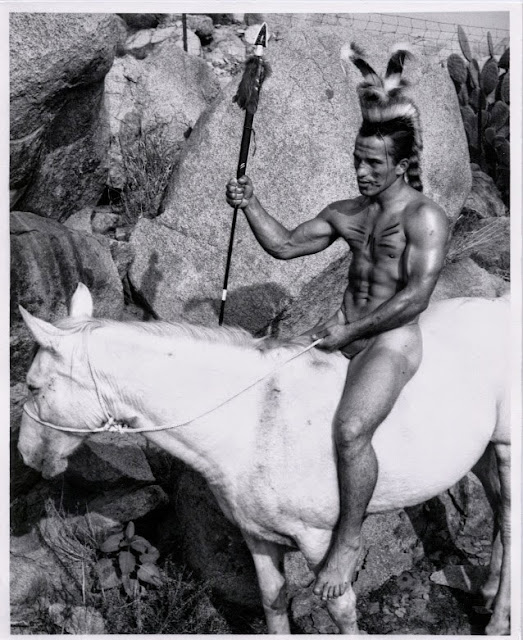 I should be embarrassed to include this Bruce of LA photo of John Manning with some really tacky props which exploit his Native American heritage, but I think its inclusion is historically instructive.  Even a photographic artist like Bruce, who it should be clearly noted was subject to discrimination and legal persecution for both his sexuality and work, found it expedient to exploit John's ethnicity.  It should also be noted that other photographers of that era did this, albeit with better quality props.