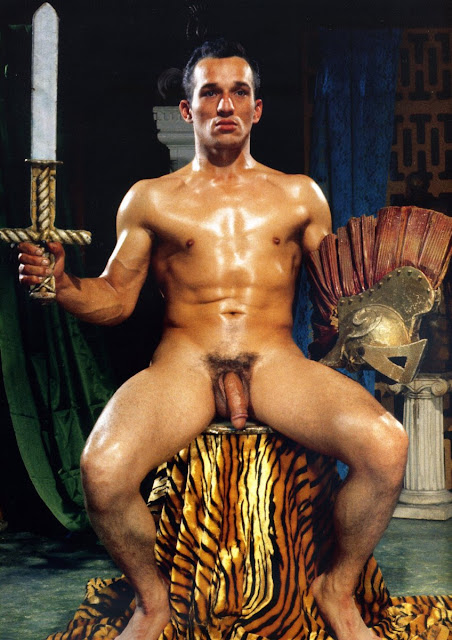 John Manning was part Native American, Sioux if I remember correctly.  As you will see in the G rated half of this double feature, Bruce of LA took some photos of him in toy store "Indian" props that bordered on the ridiculous.  Here, however, Bob Mizer of AMG has chosen show him in color sitting on a fake tiger skin with Classical Era Trojan style props.  Go figure.  It's still impressive.