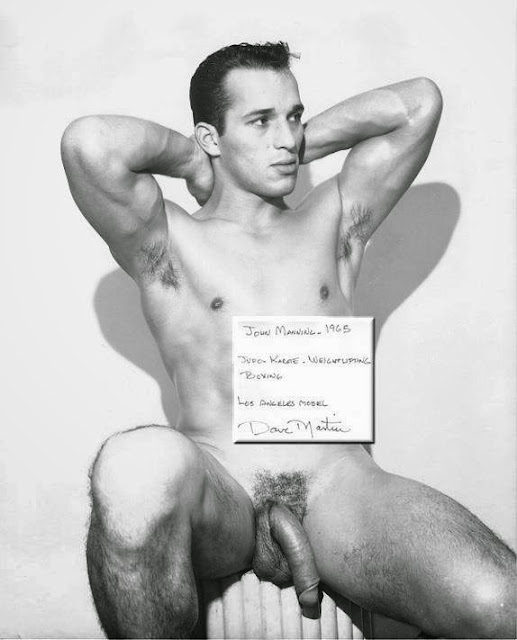 This is not necessarily the best John Manning photo from my Dave Martin collection, but I had to include it because of Martin's superimposed hand written note.  Martin kept these on a good many of his models, and they described their favorite activities and, in some cases, the colleges they attended.  For John, he lists "judo, karate, weightlifting, boxing."  You will note that three of these involve fighting, and the fourth is a favorite jailhouse pastime.  Manning attended the "school of hard knocks,' so no college was listed, and he had more than a few scrapes with the law.