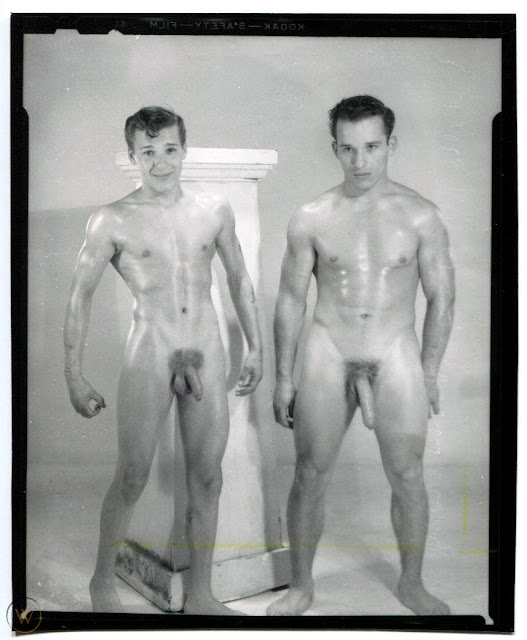 Our final R-rated John Manning photo is a bonus shot that I included because it includes his brother Jim Manning at left.  I have seen this image credited to Lyle Frisby as well as listed as unattributed.
There is also supposed to be a third brother (Ed?) Joe, see comment by James IV below, for whom I have no photo.  There was a joke making the rounds at one point to the effect that there were no photos of all three Manning brothers together because there was almost never a time at least one of them wasn't in jail.