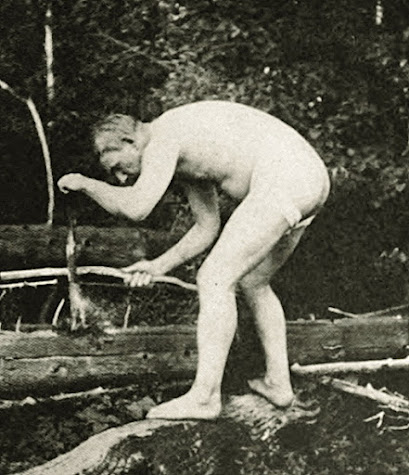 This is Joe Knowles, a Boston man who was one of the first ever reality stars.  In 1913 he set off on a 60-day survivalist trek through the Maine woods clad only in his jockstrap.  He left notes describing his adventures on strips of birch bark which were taken back to Boston and transcribed into the newspapers.  After his return to civilization it was learned that most of his trip had been faked, and that he had spent a lot of the time in a relatively comfortable cabin.  That part sounds modern, eh?
Posted by Vintage Muscle Men at 2:30 AM