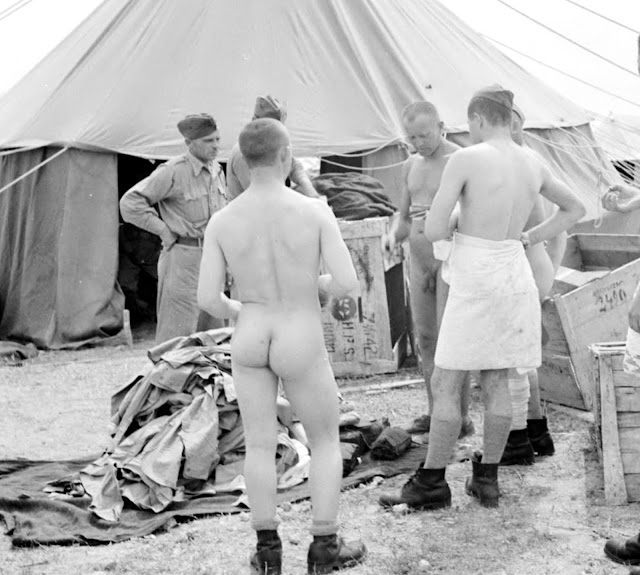 This undated photo by Sgt. Deakin shows Polish troops being outfitted in Palestine.
After their country was overrun and occupied by the Germans, a lot of young
Poles managed to escape through Sweden and other means to join the
Allied forces and continue the fight.  In fact, Polish aviators played a key role
in winning the Battle of Britain.  There is an impressive monument to
them just off the A-40 in West London that I visited with a Polish friend.
Posted by Vintage Muscle Men at 2:30 AM