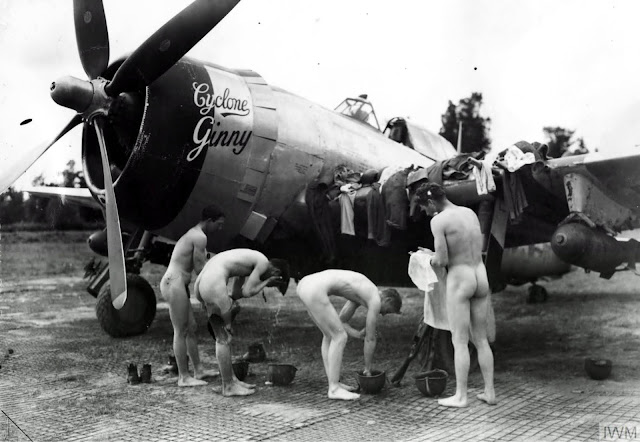 When I first saw this Keystone Press photo of U.S. Army Air Force men taking helmet baths on July7, 1944, I thought it had to be at some forward base in Normandy.  The IWM says, however, that it was somewhere in the UK.  Most American air bases in the UK during WWII had amenities such as showers, but maybe this was a temporary facility of some sort for the invasion of France.
Posted by Vintage Muscle Men at 2:30 AM