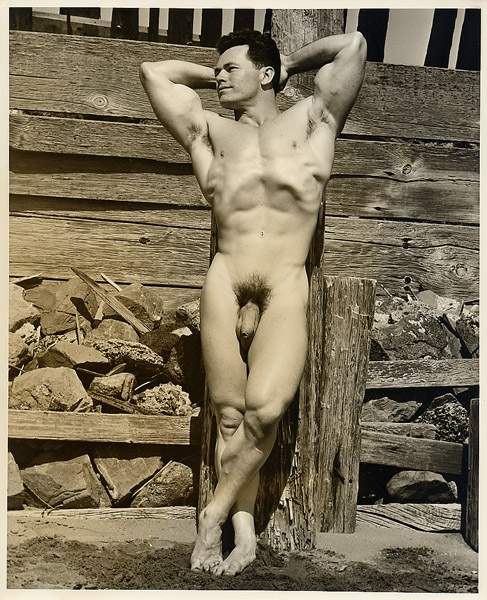 Russ Warner was a competitive bodybuilder who took up a camera and became one of the best physique photographers.  Thanks to his long-term connections with bodybuilders, he was in demand for "legitimate" non-nude photos for magazines and promotional photos.  He seems to have been quite able to talk his models out of their pants, though, and had perhaps the largest group of models to have been photographed both nude and in various states of cover.  So today we will look at alternating photos of the same models nude and semi-nude, starting with the great Norm Tousley.
Posted by Vintage Muscle Men at 2:30 AM