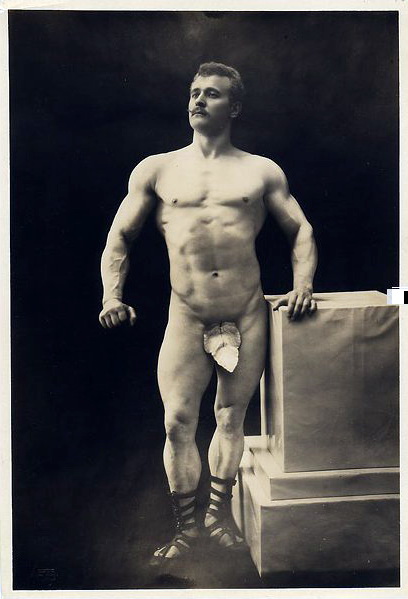 Despite being less prudish than the Americans, European photographers and publishers used fig leaves in the late 19th and early 20th Centuries, especially with well known subjects.  In today's series we look at some of these which also feature gladiator sandals, another hallmark of the era.  We start with the immortal Eugen Sandow who will also appear at the end of the set.
Posted by Vintage Muscle Men at 2:30 AM