Australian Men in the 20th Century 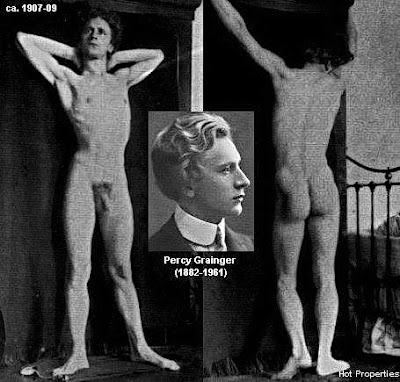 Today we look at a cross section of 20th Century nude photos of Australian men.  Percy Grainger was a musician, composer, and arranger who was born in Melbourne, Australia, but eventually settled in the USA (1914) after studying in Germany and London.  Ironically, he left the UK as a World War I draft dodger, but ended up enlisting in the US Army as a bandsman in 1917, becoming a citizen in 1918.  If the date on these nude photos is correct, they were made while he lived in London.
Posted by Vintage Muscle Men at 2:30 AM

Email ThisBlogThis!Share to TwitterShare to FacebookShare to Pinterest
Labels: Australia