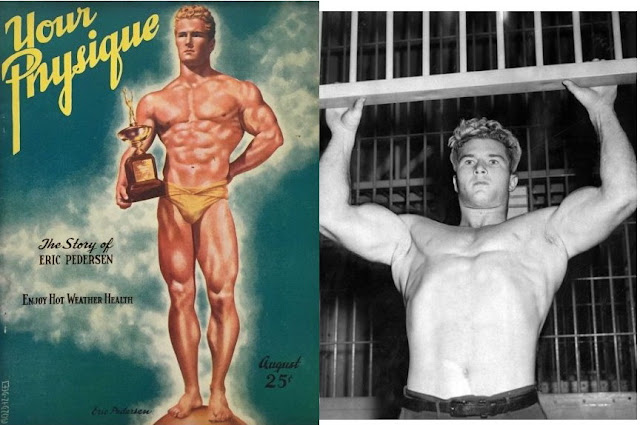 Eric Pederson (real name Charles E. Putnam) was a competitive bodybuilder who posed for one of 12 covers Quaintance painted for Your Physique magazine.  He also posed semi-nude for both AMG and Spartan.  At some point, Eric and a "friend" got arrested in LA on a bum rap for grand theft auto. The story goes that when the owner of the car came to tell the cops that Eric had permission to use it, he brought a photographer (Mizer?) along.  So we have this interesting jailhouse picture.  Eric came in second to Steve Reeves in the 1947 Mr. America contest when he was only 18 and eventually went on to a fairly successful pro wrestling career.
Posted by Vintage Muscle Men at 2:30 AM