Jack Thomas - More Side by Sides 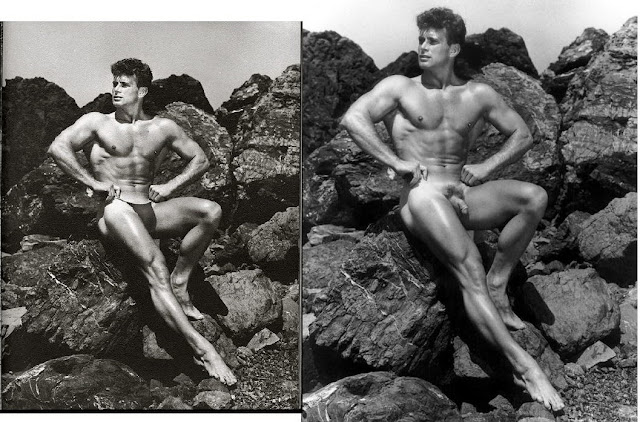 Jack Thomas was a 21 year old U.S. Marine when he started posing for physique photos.  Although marketed as a competitive bodybuilder, I found only one record of him winning a prize, Junior Mr. America.  His photos seem to have appeared primarily in magazines pitched to gays.  Jack was photographed at least a dozen times nude with posing straps later drawn on for publication and distribution.  Knowing buyers would erase the posing straps from some versions to see the real deal.  Last June, I poste five side by side comparisons of these.  Today we see five more.
Posted by Vintage Muscle Men at 2:30 AM